The history behind the ancient Suzani embroidery

Being constantly inspired by the elements of the ’70s Silvia teamed up again with ancient hippie trail artisans from Afghanistan and sourced incredibly warm and cozy vests that feature the century old Suzani embroidery. 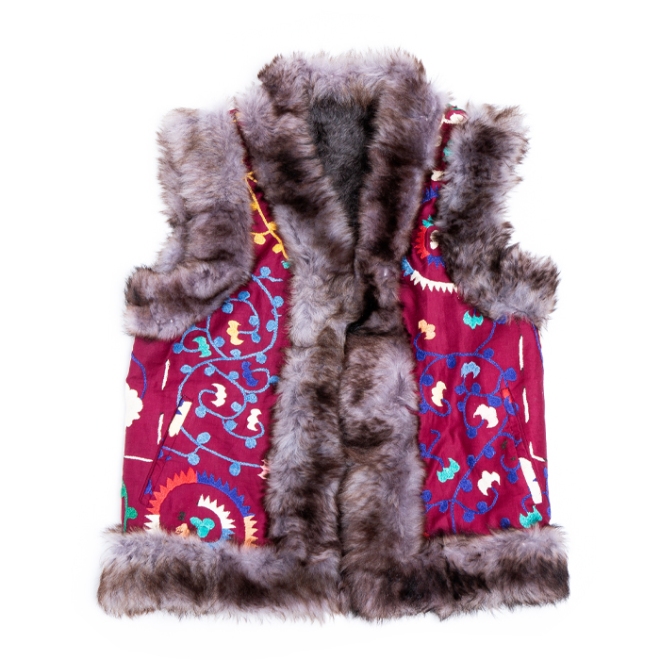 Suzani is a type of embroidered and decorative tribal textile made in Tajikistan, Uzbekistan, Afghanistan and other Central Asian countries. The word derives from the Persian suzan which means needle. They have become highly collectable and valued for their beautiful decoration and fine craftsmanship. 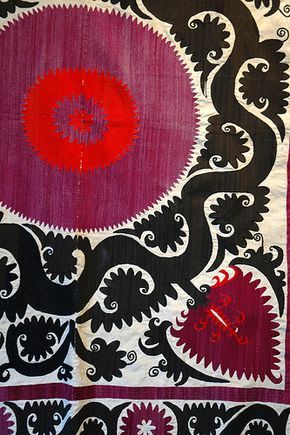 Suzani usually have a cotton or silk base, which is embroidered in silk or cotton thread. Popular design motifs include sun and moon disks, flowers, leaves and vines, fruits and occasional fish and birds, all motifs that are believed to imbue the Suzanis with spiritual powers, offering protection or strength to their owners. 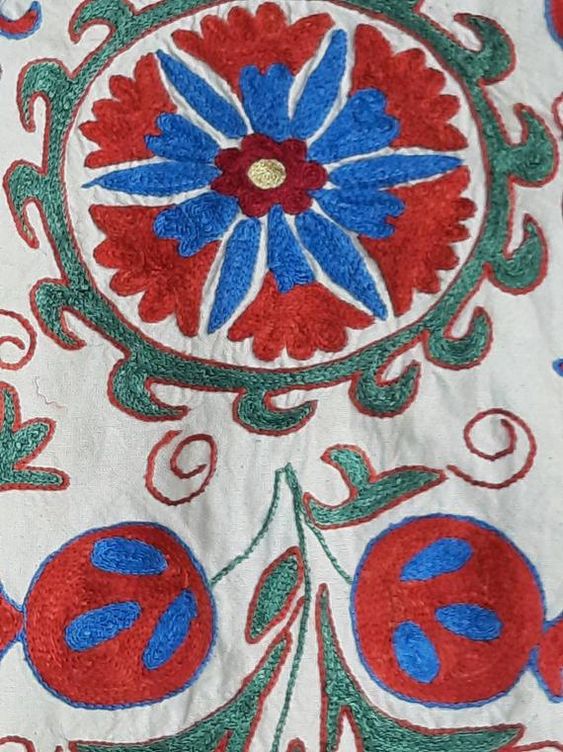 Suzanis are colored with vegetal dyes, although some more recent pieces use synthetic dyes, which are not considered o give the same intensity of hue. The natural dyes use imported indigo for blue, cochineal and imported madder for reds, saffron for yellow, a mix of indigo and a yellow tree fungus for green and iron oxide and pistachio nuts for black.

The oldest surviving Suzanis are from the late 18th and early 19th centuries, but it seems likely that they were in use long before that.

The primary use of a Suzani was within the yurt, a Central Asian nomadic tent, as a protective wrapping panel for textiles and belongings. They were also used as prayer mats, as bed sheets and for seating.

Suzanis had a symbolic significance, too. They were traditionally made by brides and their mothers as part of a dowry, and presented to the groom on his wedding day. They represented the binding together of two families and were adorned with symbols of luck, health, long life and fertility. 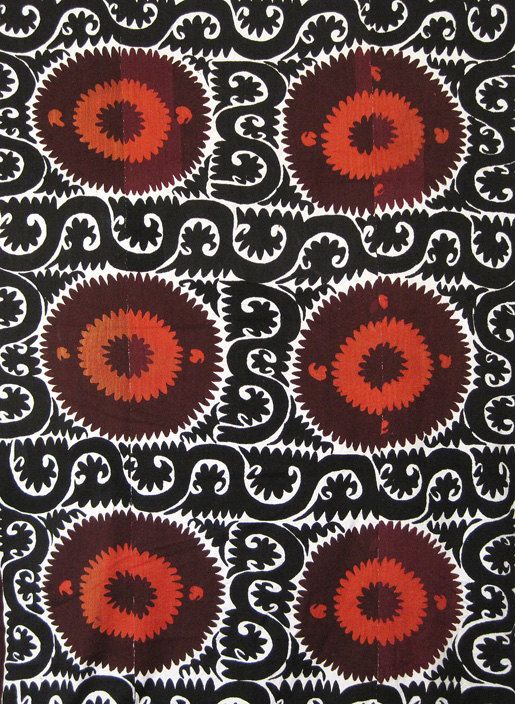 Find the complete collection of shearling vests with Suzani embroidery here and in Silvia’s concept store in Hollandstrasse 9, 1020 Vienna.